The Centurion Board Enhancement

2019 has been extremely busy, thus far, and we are thrilled to share many exciting updates. The Q&A with Centurion President and CEO Greg Romundt in the last issue was received positively so we decided to bring it back. We also feature his two-part BNN Bloomberg interview with Andrew McCreath.

This issue also includes some information about the appointment of Mr. Stephen Sender as a crossover trustee for both boards of Centurion Apartment REIT and Centurion REOT. Under Property News, Centurion Apartment REIT has been very busy with a total of 12 completed and pending acquisitions since May 2019. Finally, we have some important announcements and the latest updates about Centurion’s three funds.

All unitholders were mailed an AGM package outlining the agenda. Unitholders who are unable to attend the Meeting are requested to submit a proxy in favor of a representative. All proxies should be properly executed and deposited using the postage-paid envelope provided.

The last 10 months have been very busy for Centurion. Since November 2018. We have completed the acquisition of two multi-residential apartment properties in the United States, one in Alberta, eight in British Columbia, two in Manitoba, and three in Saskatchewan. In addition, we currently have several pending acquisitions in Alberta and British Columbia, which we expect to close in the coming months.

Board of Trustees Appointments forCenturion Apartment REIT and Centurion REOT 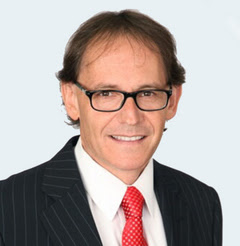 Centurion Asset Management Inc. is pleased to announce that Stephen Leslie Sender has been appointed to the Boards of Centurion Apartment REIT and Centurion REOT as a trustee. As the only independent trustee on both Boards, Mr. Sender will also be the crossover independent board member between the two trusts. He will stand for reappointment at the Annual General Meeting of Unitholders that will be held on September 17, 2019.

Mr. Sender is a trustee of H&R Real Estate Investment Trust and a Director of Sienna Senior Living Inc. He served as an investment banker for over 30 years in Canada and abroad and was managing Director, Industry Head – Real estate in Scotiabank’s Global Banking and Markets Division, representing the bank’s capital market activities in the Canadian real estate industry. Since the early 1990’s, Mr. Sender specialized in the Canadian real estate sector, providing investment banking advice to numerous public entities with respect to capital market activities. He has been directly involved in raising equity and debt capital in many transactions and has provided financial advice in numerous large transactions including mergers, takeovers, and related party transactions. Mr. Sender has been a frequent moderator/speaker at conferences in Canada and is a part-time instructor at York University, Schulich School of Business. He holds a B.Comm. (Honors) degree from the university of Cape Town and qualified as a C.A. (S.A) in 1984.

Centurion President and CEO Greg Romundt commented, “We are very excited about Stephen’s appointment and trust that he will be able to make significant contributions to both Boards. We look forward to his strategic guidance and support.”

We have already announced that Stephen Sender has joined the boards of the REIT and REOT to fill the vacant seat we had for the crossover board member. In the process of our search, we came across numerous high-quality candidates. We have always seen trustees as performing numerous functions for their boards and Centurion. Not only do trustees provide governance and oversight, they also provide strategic advice and open business opportunities for the trusts due to their extensive networks in the industry.

I have always tried to build the boards that serve our funds with the view that each member brings a particular strength, if not many strengths to the board, such that the board has a breadth of experience as no one person is strong in every area. Further, I’ve always sought board members with industry specific experience (e.g., real estate) as opposed to broad industry experience (e.g., automotive, manufacturing, oil and gas), which may have little relevance to our business.

All Centurion boards have, at their core, the requirement that the majority of the board members be independent of management. The board of the REIT has always been five trustees, three of which were external, independent trustees and two were internal management members. The REIT has grown tremendously since we launched ten years ago, with assets now around $2.2 billion. REOT and CFIT both have 7-member boards.

As the REIT board went through the process of finding a replacement trustee, it seemed like the right time to expand the board to seven members and to make it even more independent than before. As such, in addition to Stephen Sender joining the REIT, the board has proposed adding Andrew Jones, Paula Gasparro and Laetitia Pacaud as independents at the Annual General Meeting of Unitholders scheduled for September 17.

Robert Orr, Centurion’s CFO and Chief Compliance Officer has sat as one of the internal trustees for a number of years and will, as of the AGM, step down as a trustee but remain in his operating roles to make room for the new trustees. He will, in his roles as CFO and CCO, continue to attend meetings and to report to the board as before. The REIT board, post the AGM, will thus have seven members, of which six will be independent of management. We see this as significantly strengthening the board in terms of independence but also the range of skills at the table.

We have a similar plan for the REOT. In addition to Stephen Sender joining as the crossover board member between the REIT and REOT, we are proposing that Chris Humeniuk join the board at the AGM. Chris will be replacing Charles Dillingham who has served on the board since REOT was founded in 2014 and we thank him for his service. Robert Orr will continue as a REOT board member until such time as we can find another high-quality candidate. The plan is to take the REOT board from seven members, of whom four are currently independent and three are management members, to five independents and two management members (Greg Romundt and Stephen Stewart).

Post the AGM, it is planned that the REIT and REOT will review board member compensation and structure as this hasn’t been done in a number of years and we want to ensure that compensation for independent trustees is commensurate, competitive, and appropriately structured in line with current best practices. Management board members receive no additional compensation for their roles on the boards, and this is not proposed to change.

Prior to these proposed changes, between all of the three boards, there were nine independent trustees and four management trustees. After these proposed changes, there will be 13 independent trustees and three management trustees, meaning that we will be adding a net four new board members and their skills and network for the benefit of the funds and investors. We are very pleased to have attracted such a strong slate of candidates for the boards and are excited to be further enhancing the depth of the pool of talent around the board table and making them even more independent.

Click here to view the biographies for these proposed members.